When we were kids, we used to ask each other and our friends, “Is WWE fake?” Despite the fact that it was frequently a source of contention, we continued to watch it. However, the answer to the question “is WWE genuine or fake?” is not as simple as you may think.

WWE refers to itself as “sports entertainment” rather than “professional wrestling.” The reason for this is that in the 1990s, Vince McMahon conceded to the Supreme Court that WWE (then known as the WWF) is not a true sport, but rather a type of entertainment, in order to get more revenue and pay fewer taxes. It worked, to his and the company’s credit. Throughout numerous eras and decades, including the current PG era, the word “sports entertainment” has defined the corporation.

Is WWE, on the other hand, genuine? The truth is that competitive bouts and confrontations amongst superstars are not genuine since the outcomes are predetermined. This does not change the reality that it is an athletic type of entertainment, and that all celebrities train like athletes.

WWE (and pro wrestling in general) has superstars on television portraying fictional characters in scripted rivalries and, as a result, scripted matches. WWE, on the other hand, has continued to blur the lines between fiction and reality.

Only a few other types of live entertainment have broken the fourth wall and incorporated real-life events into a tale. Take, for example, CM Punk’s legendary Pipebomb, in which he used live television to highlight and vent his real-life issues with the corporation. WWE told CM Punk to go all-out, but if he went too far, his microphone would be switched off, which is precisely what occurred.

Contrary to common misconception, incorporating real-life and behind-the-scenes elements into storylines did not begin with Punk’s iconic commercial. Since the 1990s, it has occurring on a sporadic basis. Even in 2016 and 2017, The Miz was a part of multiple “Worked Shoot promotions” segments.

Even the biggest stars aren’t immune to this. The storyline involving John Cena and Roman Reigns included a significant amount of realism. Brock Lesnar has been subjected to the similar treatment by Roman Reigns.

To address the question, “Is wrestling real?” the answer is no. Even so, that isn’t a straightforward response. As previously stated, match outcomes are predetermined, and superstars portray characters in the ring in the same way they would in any television show. However, due to the physical and athletic nature of wrestling, injuries are common, and superstars bleeding in the ring is common, 98 percent of the time.

Many people criticise WWE superstars and wrestlers in general for being “fake fighters” or partaking in a “fake sport,” but what many people don’t realise is that they put their bodies on the line every night and are always at risk of harm. They deserve nothing but the highest respect, from their demanding travel schedules to their training and the fact that they go above and beyond for our pleasure.

Humbly Request To All Visitors!
If you found above both downloading link expired or broken then please must inform admin by fill this Conta

FAU-G Mobile Game Likely to be Released on This Date: Check How to Download, Other Details 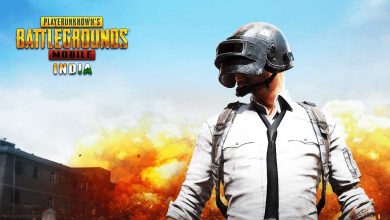