Rarely does a movie that so closely resembles reality make you smile. Everyone immediately thinks of tragedy when discussing realistic movies. However, despite starting from a traumatic moment, movies like Thiruchitrambalam instead chose to concentrate on what happens after the tragedy. And it is invigorating all by itself.

Meanwhile, Shobana, a childhood acquaintance, provides Thiruchitrambalam Jr. with a strong network of support (Nithya Menen). How does he face his anxieties? Will he be able to forgive his father and come to terms with the deaths of his mother and sister? What transpires with their friendship, Shobana? Thiruchitrambalam provides the most entertaining responses to all of these.

Sometimes all you need to ensure that everything is okay in life is simplicity. And Thiruchitrambalam makes you think of that. Simpletons are Dhanush, Prakash Raj, Bharathiraja, and Nithya Menen. They do not receive extravagant introductory scenes to establish their value. They exist in the universe Mithran Jawahar, their director, gave them. They experience the same issues that any Indian family does. It becomes so normal, whether it’s splitting up domestic tasks or coping with the loss of two lives.

Additionally, Thiruchitrambalam demonstrates how Indian families lack the ability to grieve. Instead, they suppress their emotions, avoid discussing them with family members, and then explode years later. Many others must be going through what Thiruchitrambalam Jr. experienced and how it affected him for years in real life. Even if you have a friend like Shobana who will encourage you to face your concerns, you choose not to take the initiative.

As the heartbroken spouse Neelakanda, Prakash Raj is really amazing. We can relate to his character because of him. In this healthy amusement, Raashi Khanna and Priya Bhavani Shankar merely serve as fillers.

The main benefit of Thiruchitrambalam is its humour. There aren’t any inserted forced comedic tracks designed to make you chuckle. Instead, humour spontaneously arises in casual speech.

Having said that, Thiruchitrambalam is not a perfect movie. All throughout the movie, Nithya Menen and Dhanush’s friendship is discussed. But as the film’s finale approaches, director Mithran Jawahar lets down and chooses a simpler path. He gave in to the stereotype at the finale that he had been avoiding up to that point.

Thiruchitrambalam came to life thanks to Anirudh Ravichander’s music. The beautiful Megham Karukadha song should be seen on a wide screen. Watching Dhanush, Nithya Menen, and Raashi Khan move to the song is enjoyable. Thiruchitrambalam is a humorous performer who encourages you to appreciate the little things in life that we frequently overlook.

Fans are concerned as Dhanashree changes her surname on Instagram after Yuzvendra Chahal posts a mysterious message there.

Why Do Prepaid Plans Have A 28-day Validity Period Rather Than A 30-day Period? Recognize The Reason 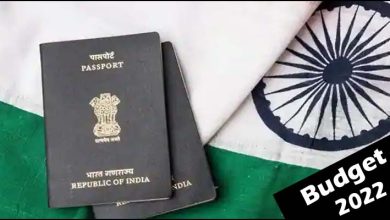 Here’s Everything You Need To Know About The E-passport For India, Which Was Announced In The Budget For 2022.