One of the most well-known brands in the mobile gaming industry is PUBG Mobile. The well-liked Battle Royale game has a sizable, international playing community. Tencent Games and Krafton Inc., the game’s creators, regularly provide new upgrades to give players the best BR experience possible. The game has undergone various new features and adjustments as a result of these updates. The 2.3 version can now be released, according to the developers, following a protracted beta testing phase. The game will receive its final significant update in 2022, and players can’t wait to try out the brand-new features.

When will PUBG Mobile’s new 2.3 update be made available?

Version 2.3 of PUBG Mobile is about to be released by the developers, following the great success of the 2.2 update. The new 2.3 update’s release date and timing were recently announced by the devs on PUBG Mobile’s official Discord server. On November 15 at 7:00 (UTC+0), the update will start to roll out to devices all across the world. However, the times vary between platforms. Here are the various release dates and times (in UTC+0) for various platforms:

In a similar vein, release dates and times vary per area (in UTC+0). Here is a list of them:

The November 2.3 update, however, does not need the shutdown of in-game servers, as it did in the past. While iOS device owners must download an update that is 1.84 GB in size, the upgrade size for Android smartphones is 688 MB. Users must maintain enough free space on their devices for the new material to function properly.

For a painless installation of the 2.3 update, users should have enough mobile data or connect their devices to a Wi-Fi network. Players will need to make sure their in-game buddies have the 2.3 update installed as well because the game’s current restriction prevents users with various variations from playing together.

Collaboration between the game and renowned Argentinean footballer Lionel Messi will be seen in the update. To commemorate the impending FIFA World Cup 2022, there will also be a Football Mania-themed mode and PUBGM Global Chicken Cup.

An outline of the planned football-themed content in the BR game is provided below:

The following updates and additions will be included in Aftermath 2.0:

In order to further improve the game’s quality and user experience, adjustments have also been made to the classic mode, weapons, user interface, and social systems. 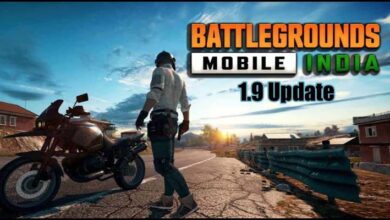